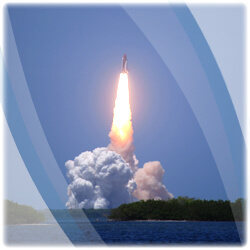 This is where we pull the trigger and migrate to the new system. Previously I wrote about the processes leading up to deployment, which included discovery, design, development, and testing. By the end of this phase of the project, the entire organization will have switched to the new enterprise resource planning system with clean, reconciled financial and operational data.

End user training began in the development stage and will continue into deployment until all employees who will be using the new system have been sufficiently trained. Project team members will need to become subject matter experts within their respective areas and should also be given enough time to train others on the new system. For example, a controller will learn all about accounts payable and receivable, and general ledger. Then, the executive team needs to give the controller enough time to train the AP clerks, AR clerks, and so on. Before going live, all users must have enough time working with the system to comfortably do their jobs.

As the project approaches the scheduled go-live date, the project team and implementation team should work through a final evaluation of system and user readiness by simulating running the business. Based on that testing, the teams should have a discussion to decide whether or not they are ready.

With the teams concluding that they should go live, the data load process starts. During the testing phase, the processes to load should have been tested. Now that it is time to go live the teams extract data from the legacy systems like vendors, customers and inventory item master records as described previously.

Once that data is loaded and validated, the team will extract the dynamic data and import it into the new system. That includes open invoices from accounts payable, accounts receivable, inventory balances, open sales orders, open purchase orders, open projects, etc.

The general ledger data is an area customers often inquire about. Some modern systems like Acumatica have the ability to load net change activity into the GL for any number of periods a company selects.

Many clients ask about bringing in transactional detail. The problem with bringing detail is that the transactions need to be replicated in the new system. So imagine loading each accounts payable invoice for say 2 years and then issuing a check to pay the invoices. Then you’d have to do something similar on the accounts receivable side, followed by reconciling the bank statement. Then you’d have to reconcile the activity in the new system compared do the legacy system, so you can see this would be a huge undertaking.

Instead we recommend that you bring in the net activity into the GL and keep your old system available for analysis when required. Depending on your system you could also export the transactional data to a database for subsequent querying.

For each area financial and operational area the teams must validate the data that was loaded into the new system against the data in the legacy system. This is a critical step to ensure that the systems match and that you have informational integrity as users start using the new system. Accurate underlying data will help users and decision makers build confidence in the new system.

Employees start doing their jobs in the new system and stop using the legacy system. Companies used to run parallel, which meant that during a painful transition period, people would do their job twice – once in each system, and then reconcile the differences. The problem is that it more than doubles the workload. At PC Bennett we recommend that instead of doing that, companies make a complete switch to the new ERP system. Think of jumping out of an airplane with a parachute. This is why it is important for users to have had enough practice and training so that they are comfortable doing their jobs.

What’s your experience been with ERP deployments? Was it similar to this or significantly different?