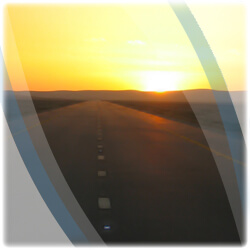 After the new ERP system is live, there will continue to be a need for ongoing optimization of system use and productivity. There may be features in the ERP system that the implementation and project teams decided to defer until after the system was live. Users may also find slightly different ways to utilize the system that help them be more productive.

It’s like using Excel. When you first start using the program you use basic functions as you build a foundation, then over time you learn more capabilities that address more complex situations.

This optimization process begins as a joint effort between the implementation team and the project team, but shifts as the project team takes on more of the lead role. Eventually they will convert to more of an IT steering committee that looks at new system requests from users and compares them with the IT resources available.

Responsibilities for the steering committee also include ensuring that new users are properly trained in the use of the system. Studies have shown that a departing user transfers roughly 10% of their knowledge to the new user. And if that role has several changeovers in a period of a few years, the way the system is used may diverge from how it was designed to be used.  This can lead to a high level of frustration with the system, a loss of productivity as users develop unnecessary workarounds and degradation in the quality of information available in the ERP system.

I have been called into over a dozen companies where the user frustration level reaches the CEO who then calls the software company to complain about the system. In all cases I found that a lack of proper user training and procedures leads to a lack of system understanding by users who then create workarounds to get their jobs done. One company had over 200 Access databases on the network to supplement the system – and there were roughly 50 users of the ERP system.

In the more severe cases, we formed a new project team and essentially re-implemented the system. A proper IT steering committee can help avoid those aggravations and expenses.

If there are some longer term structural changes such as acquisitions, or adding new business units there may be a need for rolling out new features in the ERP system that were not necessary before.

So even though thorough planning and testing was conducted along the way, generally, there will always be a need for proper care and feeding of the ERP system as the business progresses. This should be managed by the steering committee and members of the implementation team should be engaged where appropriate.

Are you experiencing any pain points with your current system as a result of a lack of ongoing ERP system support?

Is There Life After an ERP Implementation?

I hope this brief post gave you some helpful things to consider. In a more recent post, I readdress this issue – discussing 3 tips to maximize the effectiveness of a recently implemented ERP system.